Founded in 1908, the origins of the University of Georgia College of Education can be traced to a $2.25 million donation George Peabody made in the late 1860s in an effort to help rebuild the South after the Civil War through education.

At that time, many of Georgia’s educational and political leaders began asking the state legislature to provide for teacher training at the University of Georgia or for the establishment of a “normal school,” or state-sponsored teachers’ college, in the Athens area. Since many of those seeking such training were women, and women were not admitted to the University, the legislature authorized the State Normal School in Athens in 1891.

By 1900, the State Normal School had nearly as many students – about 279 – as the University. Throughout its early history, young men from the University had become teachers; however, for the first 100 years it provided no professional training for them. In 1901, the University offered three professional education courses but had few enrollees. By 1903, the University, the State Normal School, and the State College of Agriculture and Mechanic Arts (located in Athens) had united to establish a summer session for teachers and prospective teachers in which students could receive credit from whichever institution they were enrolled.

In these early years of the 20th century, Woofter was one of very few administrators who urged the admission of women to UGA. The majority of administrators and trustees did not see the justice of that cause until World War I emptied many of the University’s classrooms. In 1919, women were officially admitted to the Peabody School of Education and to the home economics department of the College of Agriculture.

A College of Education is Born

With the coming of World War II, many young people left the teaching profession for military service or war-related industries, creating a severe teacher shortage. Fearing the effects of a generation of children who might not be going to colleges and universities and concerned about its empty classrooms, the University began a major recruitment effort aimed at women, especially those who might become teachers.

From Peabody to Baldwin Hall

By the end of 1944, women made up 75 percent of the University’s enrollees. In the mid-1930s Baldwin Hall had been built as the “Practice School” for the College of Education. During the war, the U.S. Navy selected the University as the site for one of its five Pre-Flight Schools, and Baldwin Hall was one of several buildings that the Navy took over. Practice teaching was moved back to the old Normal School campus. Shortly after the war, Baldwin Hall was refurbished to house the College of Education, and practice teaching was moved into the public schools.

In 1946, O.C. Aderhold, whose background was rural education, became dean of education. He immediately initiated a number of outreach and extension programs. Soon College of Education professors, and the dean himself, were teaching courses, conducting workshops and providing on-the-job training for teachers and administrators throughout the state. As a result, the College of Education grew much more rapidly than other units of the University.

On Sept. 7, 1950, Aderhold became president of the University of Georgia. The following year, the University had 6,007 students, with 1,158 in the College of Education. Aderhold chose as assistant to the president and, later, director of campus planning and development, his former doctoral student, Joseph Williams. As a result of war-time economies, many of the University’s buildings had fallen into disrepair. Aderhold and Williams were the prime movers in selling the old Normal School campus and buildings to the U.S. Navy for its Supply Officer Training School in 1952. Ten years later, Williams became dean of education. Under Williams’ leadership, and with the full support of President Aderhold, the College of Education began a period of spectacular growth and development.

In 1971, the College moved into its modern, new building on South Campus, Aderhold Hall, but the building could not house the College’s entire 300-plus faculty members and students. The College also had to use the Industrial Arts Building, Physical Education Building, Mental Retardation Center, Fain, Dudley and Griggs halls. By 1973, the College was graduating more graduate than undergraduate students. The College began to be listed consistently among the top schools of education in the nation and a number of individual units within the college became nationally prominent. The College reached its largest capacity in 1974-75 with 348 instructional faculty members.

Williams retired in 1981 having guided the College through 19 years of its most explosive growth since being established in 1908. He had assumed leadership of a faculty of 87 with an operating budget of $910,000 and left it with 314 faculty and a budget of more than $13.2 million. He recruited outstanding educators from throughout the nation who contributed to the College’s growing national reputation as a resource in teaching, research and service. One of his most important achievements was the development of graduate programs in the College, particularly at the doctoral level.

Subsequent administrations of Kathryn Blake, Gerald Firth, Alphonse Buccino and Russell Yeany saw growth in diversity of programs, strengthening of the research mission through the creation of labs and centers, and a continuing commitment to both undergraduate teacher education and graduate training across the broad education and health disciplines.

Today, the College of Education at the University of Georgia remains one of the largest and most comprehensive education schools in the nation – continually redefining itself to reflect its role as a national and international leader in the fields of education and health. 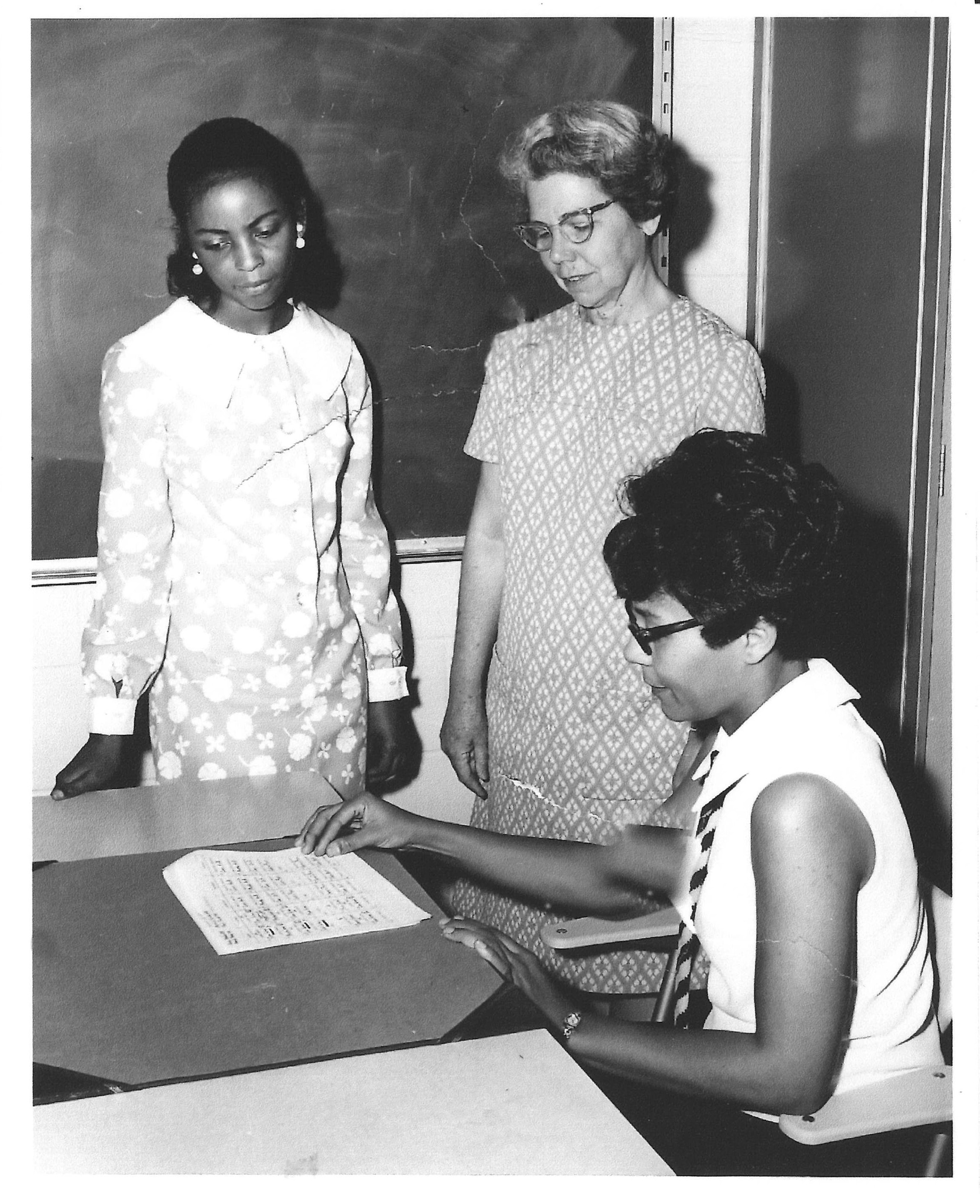 On February 25, 2020, the UGA College of Education was officially named in honor of Mary Frances Early, UGA’s first African American graduate and a pioneering music educator who played an integral role in the campaign for racial equality in Georgia and across the South.

A native of Atlanta, Early came to UGA in the summer of 1961. Earlier that year, Charlayne Hunter-Gault and Hamilton Holmes became the first African American students to enroll at UGA. Inspired by their bravery, Early made a deliberate choice to transfer from the University of Michigan and enroll at UGA to desegregate the graduate school. She became the first African American to earn a degree from the University of Georgia when she graduated on August 16, 1962, with a master’s degree in music education. She later returned to UGA to earn a Specialist in Education degree, graduating for the second time in 1967. 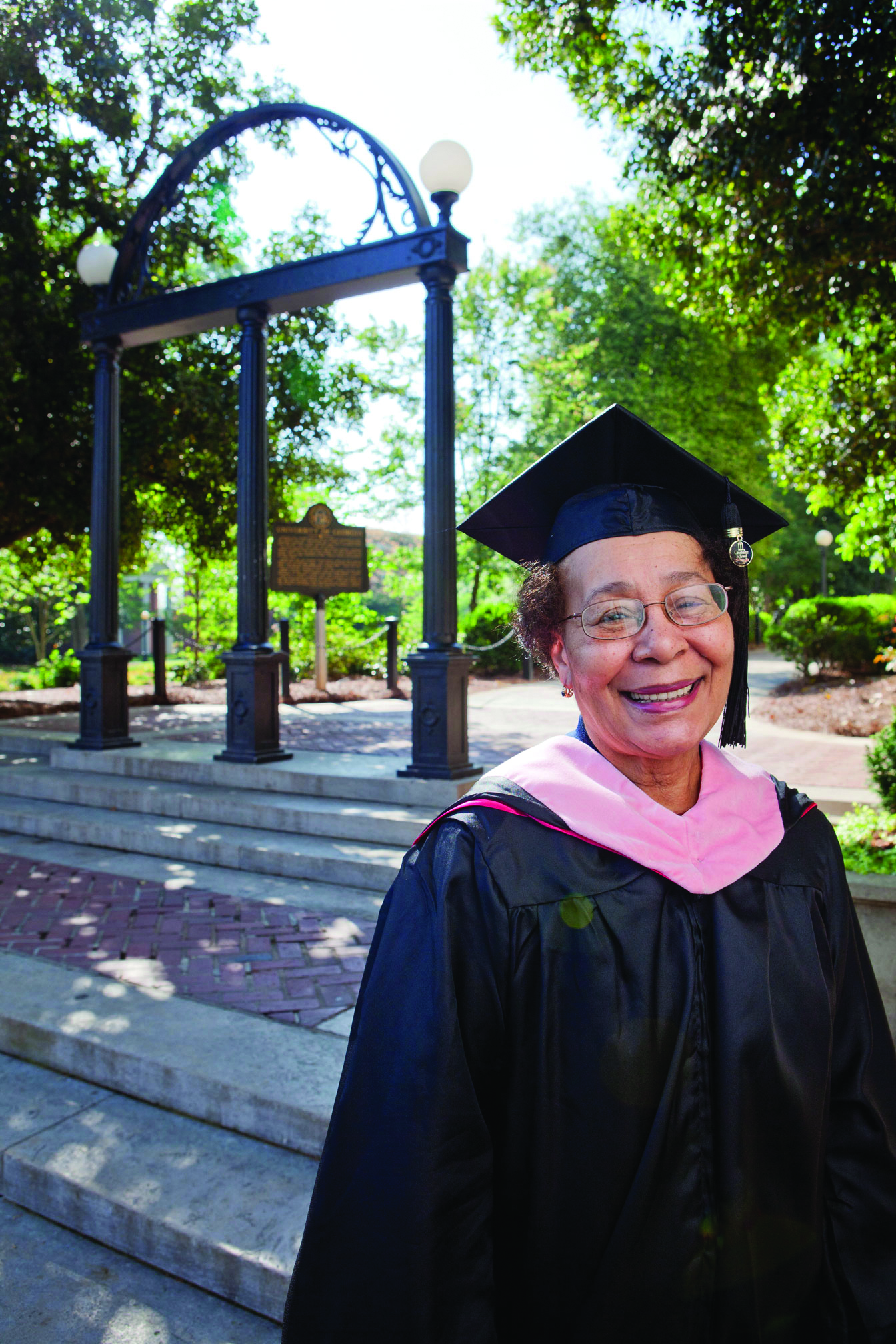 Throughout her distinguished career as a music educator, Early worked for several schools in Atlanta and was eventually promoted to music director of the Atlanta Public Schools system. Early worked with teachers in the system’s 100-plus schools, and was in charge of the music curriculum, budget, and more. In 1981, Early became the first African American elected president of the Georgia Music Educators Association. After she retired from working in public schools in 1994, Early taught at Morehouse College and Spelman College and served as chair of the music department at Clark Atlanta University.

In 2000, the Graduate and Professional Scholars organization at UGA named its spring lecture in her honor, and in 2013, Early was presented with an honorary doctorate from UGA. “Mary Frances Early: The Quiet Trailblazer,” a documentary co-produced by Maurice Daniels, professor emeritus and dean emeritus of UGA’s School of Social Work, was released in 2018. That same year, Early received one of UGA’s highest honors, the President’s Medal , and her portrait was unveiled by UGA President Jere W. Morehead in the University’s Administration Building a few months later. Ready more about her life and accomplishments in UGA’s Georgia Groundbreakers profile . 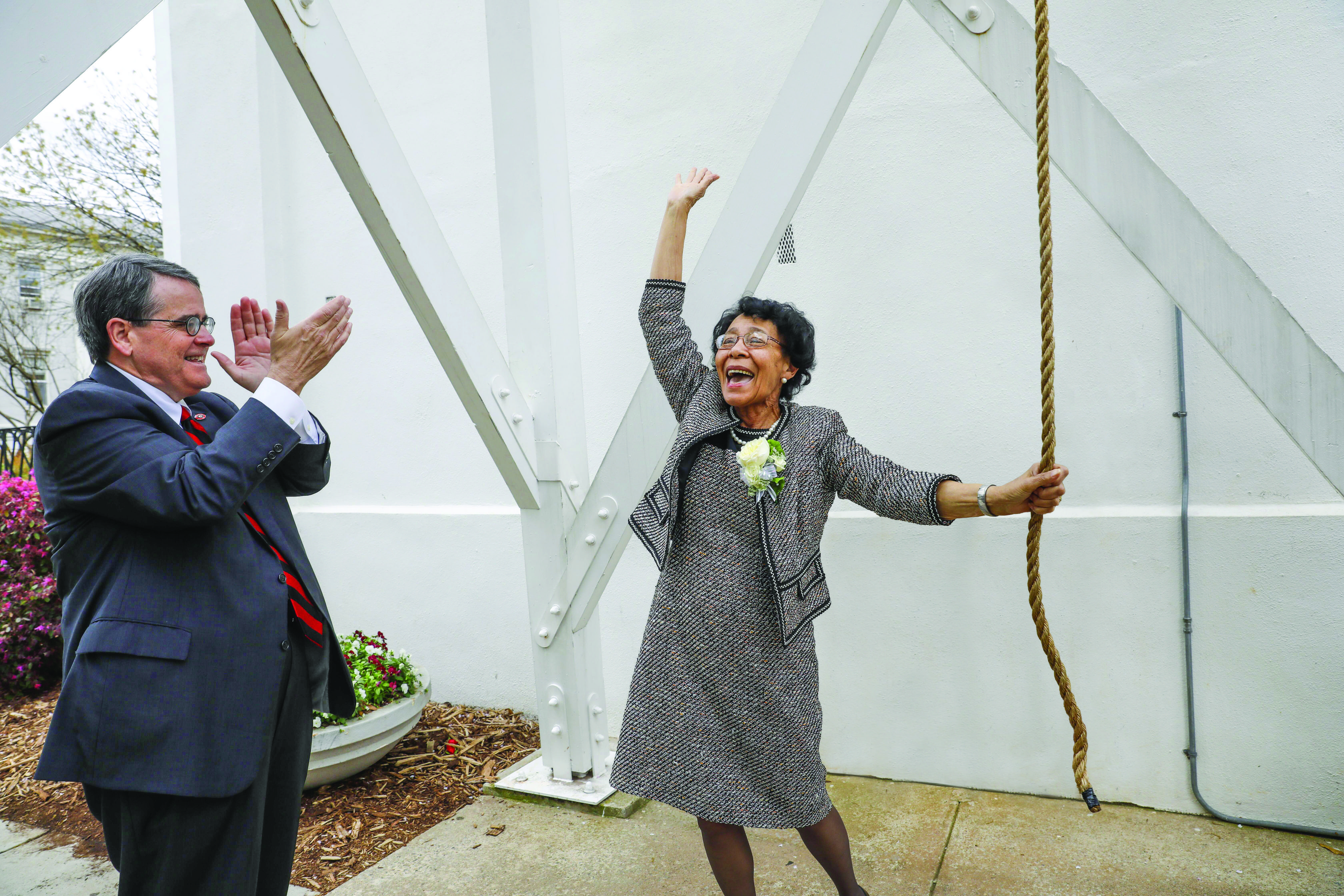 By naming the College of Education in her honor, we commemorate Early’s indelible impact at UGA as well as her distinguished career in music education. Her enduring efforts to make the world a better place serve as a reminder that steady acts of perseverance in the face of adversity can change the course of history.