Rosemary Phelps, a professor and coordinator of undergraduate service courses in the Department of Counseling and Human Development Services, received the 2016 Career Achievement Award from The Ohio State University College of Education and Human Ecology for her outstanding contributions to the field of counseling psychology. 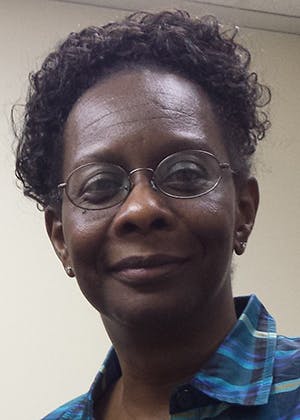 The Alumni Career Achievement Award honors alumni who have a proven record of career accomplishment and are a major contributor to the world around them.

"I am honored to receive this award from The Ohio State University College of Education and Human Ecology," said Phelps. "As a graduate of the guidance and counseling program that was housed in the College of Education, I continue the legacy of alumni who have excelled in the workplace."

Phelps was also named president-elect of the Southeastern Psychological Association (SEPA) during the organization's annual convention earlier this month. Her three-year term, starting first as president-elect and then president and past president, officially began at the end of the annual meeting.

Founded in 1955, SEPA is the largest psychological association in the southeast dedicated to the advancement of psychology as a science, a profession and as a means of promoting human welfare. The association's mission is to stimulate the exchange of scientific and professional ideas across the areas of psychological inquiry and application.

As president-elect of SEPA, Phelps will work with the association's administrative office to plan programs for their annual conference next year in Atlanta.

"I am especially interested in developing a format for a SEPA leadership development program for early career and mid-career level professionals," she said. "I [hope to] continue strengthening the graduate student presence at the next SEPA conference."

Phelps has been involved with the association since she attended her first SEPA conference as a graduate student at the University of Tennessee.

"The emphasis on student professional development through the facilitation of student research presentations and papers, networking and mentoring opportunities is very important to me as it is a way to continue the pipeline for future practitioners, faculty members and researchers," she said.