Creating a chain of positivity When Jasia Clark was a student at Burney-Harris-Lyons Middle School in Athens, Georgia, she often turned to her principal, Melanie Sigler, for guidance if she was having a bad day. Even the smallest gesture, like Sigler’s open-door policy, made Clark feel welcome in Sigler’s office no matter what she wanted to discuss.

In fact, Sigler made such a huge impact on her that in April Clark recognized her mentor with a special award honoring her as the inspiration for the first Districtwide Bullying Prevention Essay Contest.

“I could be having a bad day and she never knew what was going on, but I could just go to her office and just sit for a class period,” said Clark, who will graduate from Clarke Central High School later this spring. “There would be times when something would happen and instead of going to class, I would just go straight to her office, and she didn’t realize how much that helped me escape.”

Clark began her research on bullying prevention in the 10th grade for the International Baccalaureate’s Middle Years Programme project, which encourages students to reflect on their learning and accomplishments over an extended period of time. Clark conducted a school-wide survey on bullying and shared the results of her study with her principal and teachers.

During this time, she was also the lead producer of “Education Matters,” a local youth-led radio program based in Athens, Georgia. Clark wanted to create a special program focused on bullying and decided to contact Katherine Raczynski, the director of the Safe and Welcoming Schools project and an adjunct associate professor in the University of Georgia College of Education, for an on-air interview. Raczynski also serves as a districtwide professor-in-residence for the Professional Development School District partnership with Clarke County School District.

Together, the two developed the CCSD 2016 Districtwide Bullying Prevention Essay Contest, which ran for one month at the beginning of the year.

“This was my senior year, and I wanted to go out with a bang, like what am I going to do to just really wrap up my project,” said Clark. “I thought about using this essay contest as a way to find different people who I can actually recognize are making a difference.”

With positivity as the central theme, the essay prompt encouraged middle and high school students to nominate a district employee who impacted them in the past by either standing up to bullying or helping to prevent it. In the end, the contest received a total of 78 entries with 31 employees from 12 schools nominated.

“We hear a lot about bullying since it’s very prevalent in the media, but one of the things that I think is important is not just to raise awareness, but to really talk about solutions,” said Raczynski. “[It’s important to] also get ideas from kids about what’s effective and what’s working, so we can prevent this from being a problem in the first place.”

All of the essays were sent to the nominated teachers, so they could read what their students had to say, which, according to Raczynski, proved to be just as powerful as actually announcing the winners. By giving the students a chance to say “thank you,” the essays could create a positive chain reaction between students and teachers.

Under the supervision of Sara Kajder, a clinical assistant professor in the Department of Language and Literacy Education and a professor-in-residence at Burney-Harris-Lyons Middle School, a group of graduate students in the English education program at the College judged the essays based on four domains, including relevance, rich detail, tone and whether or not the essay captured acts and events over time.

“It was a really good hands-on, real-life experience for them,” said Raczynski. “It’s encouraging to read so many essays on how teachers have helped improve students’ lives. Since many of the judges are pre-service teachers, they can think about doing this in their classroom in the future.”

After the judges selected the top essays written at the middle and high school levels, Raczynski and Clark surprised all of the winners at their schools, including the students who wrote the nominating essays and the teachers who were nominated. The contest also honored three other individuals with special recognition awards.

Raczynski and Clark hope to administer the essay contest again next year and to expand it across the entire state. And since she’s graduating in May, Clark plans on implementing some of the themes she’s learned through the contest wherever she ends up going to college.

“I think it’s important for people to know how serious this really is and how it affects kids,” she said. “Sometimes students are too scared to even talk about it, so we should make them feel more comfortable and to help prevent bullying as well. [We shouldn’t just] focus on the victim or the bully, but also on the bystanders and how they can help people being bullied.”

Clark fell in love with teaching as a daycare volunteer at Bright Beginnings Preschool of Athens, and she plans on majoring in education in college. After she graduates, she hopes to teach at the elementary or middle school level and to earn her master’s degree in either counseling or educational leadership.

“There were a lot of heart-touching essays,” said Clark, “And to see the things [teachers] have implemented in schools to help prevent bullying is just absolutely amazing to me.”

“I think the most powerful overarching theme is that it’s not so much that the teachers had the ‘Don’t bully’ poster on the wall or that they had the one day where they talked about bullying,” added Raczynski. “It was more like this teacher cares about us, is there for us and supports us.” 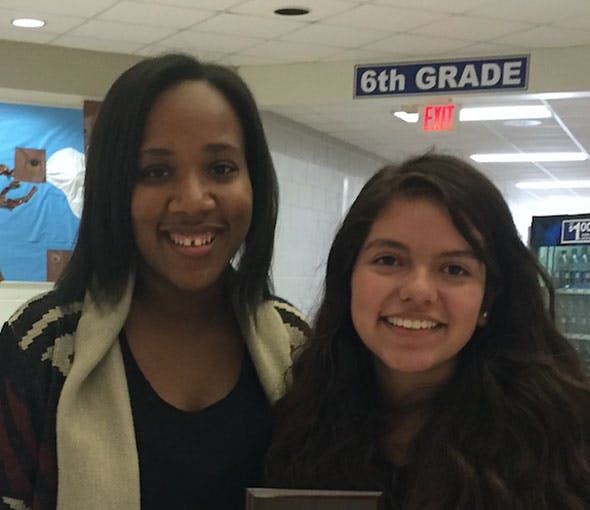 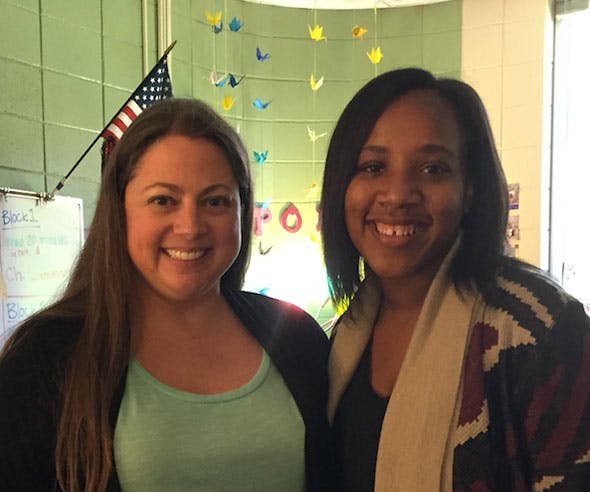 Ms. Porter was one of the most inspirational teachers I have ever had. Ms. Porter is currently a fifth grade teacher at Oglethorpe Avenue Elementary. Throughout the year that Ms. Porter was my teacher I noticed how she stood up for students being bullied and how she would protect the students so the students would feel safe. She would always make the students feel welcomed and like they belonged which was a very nice and generous thing to do. When I had Ms. Porter bullying wasn’t really a big issue with the group of students I went to school with but occasionally you would hear about how so and so said this and how someone got their feelings hurt. Even so Ms. Porter put in effort to ensure that the students were content and weren’t feeling down. She would cheer us up by making funny comments during class and just do things to lift our spirits.

Ms. Porter is the type of teacher to pull you aside if she noticed something was wrong and you could always count on her with whatever it was you needed. She has a close bond with her students, a bond where she can just look at a student and know there was something wrong with them. I remember she would even have class discussions about what it’s like to be kind and not spread hate. We all learned that bullying was not something we should participate in but instead something we should stand up against and help prevent.

I think it’s important for a teacher to have a strong bond with the students. Without that bond I think bullying would have been a bigger issue and something that was more common. The way Ms. Porter stood up against bullying really inspired me to stand up for bullying myself. Fortunately bullying isn’t as common as it used to be but I still see forms of bullying every now and then and when I do see some sort of bullying I say something about it. 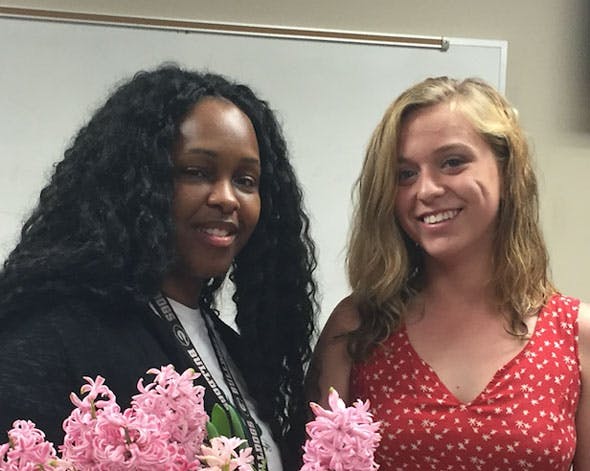 When thinking upon the subject of bullying, the first teacher that comes to mind is an assistant math teacher named Ms. Knight. Math has always been a frustrating subject for myself and often times my peers, but Ms. Knight finds a way to teach students with different learning abilities in a comprehensive manner. She creates an environment where students are not fearful of being themselves or asking questions, but instead seek to grow academically.

Her light attitude and high spirits keep humor in the classroom and help her young students show her respect naturally. We relate to her on a personal level because she listens when we speak and helps us solve problems. Ms. Knight keeps us focused on the more important things and explains why mistreating someone is a significant waste of time and energy.

Ms. Knight makes sure to go out of her way to remind us of how much she believes in us. She refuses to let us say, “I can’t.” She inspires us to help out the students around us, because all together we make one class. As one unit we work together to understand the subject. Within the classroom walls there is no bullying. When we come into the room we respect one another and hold each other accountable to get the grade we deserve. There is no time for bullying when Ms. Knight keeps us intrigued in the subject of Algebra. She understands our difficulties as students and teenagers and always reminds us that we have a future ahead of us and to stand tall with confidence.