The groundwork for a lifetime of advocating for children began in a small classroom in rural Georgia.

There, among first-graders at Colbert Elementary School, Inez Tenenbaum honed skills that would prove handy throughout her career. Except, in those first few years after college, Tenenbaum (B.S. '72, M.Ed. '74) had no idea her passion for research, focus, mediation, and preparation would lead her to a role in regulating Chinese gypsum, football helmets, or laundry pods.

"While the venues in my career have changed, my mission has stayed the same—advocating for the well-being of children and families," says Tenenbaum, who has served as an educator, policymaker, regulator, and lawyer at various points in her life. A former state school superintendent and chair of the Consumer Product Safety Commission, she is now a lawyer in private practice.

She has often found herself in unchartered territories during her career, but has managed in every venue to rise to the occasion and make a positive difference.

"I think part of why she has been so successful in her life is not only did she want to plan and be prepared, but she always has been willing to walk into uncertain situations to try and have an impact," says longtime friend Frank Holleman, now senior attorney for the Southern Environmental Law Center. "Inez is an unusual combination of someone who always wants to feel prepared and plans and calculates, but at the same time walks consciously into very chaotic and uncertain circumstances to pursue her goals." 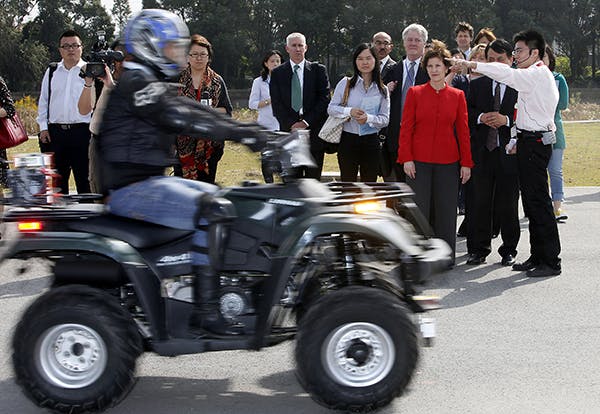 Starting as an elementary school teacher in Georgia, the South Georgia native spent several years in the classroom before moving to South Carolina to work for the State Department of Social Services. There, she licensed Headstarts and other federally funded child care facilities and worked to pass legislation that would establish fire and health standards to protect children in child care.

It was the mid-1970s and Tenenbaum's first foray into policymaking. Growing up, her family was always interested in politics, but it wasn't until she found herself surrounded by lawyers and lawmakers, understanding how policies were put into action to affect people's lives every day, did she realize her own passion for politics.

Her supervisor in the State Department of Social Services realized this, too, and posed a challenge: work with legislators to craft a bill that would raise the standard of child care centers across the state. "The state had a very old statute on the licensing of child care facilities, but at that time child care had really taken off because so many women were going back to work," she says. "So I went over to the legislature to advocate for new legislation and worked to organize child advocates on the grassroots level, and we got a bill passed."

That success opened the door to a position as the director of research for the Medical, Military, Public, and Municipal Affairs Committee in the South Carolina House of Representatives. Working in the State House, she found herself surrounded by female lawyers and lawmakers who inspired Tenenbaum to go to law school. "I knew that if I was to be more successful in public policy, I would need a law degree, and working at the State House for six years made me appreciate the law," she says.

It was also during this time that she cheered on a fellow Georgian as he ran for the highest office in the land. Volunteering with Jimmy Carter's campaign not only led her to meet her future husband, she says, but it also solidified her desire to dig deeper into politics. Twenty years after Jimmy Carter's successful run for President, she launched her own campaign to become South Carolina's state superintendent of education in 1998.

While leading South Carolina's schools, Tenenbaum says she and her team set a bold agenda. Her department handled the implementation of the newly passed No Child Left Behind Act, and she also pushed for a $750 million bond bill to improve school buildings across the state while also creating programs to support teachers and administrators on the local level.

"I came in at a time when we had just passed the state Education Accountability Act and then Congress passed No Child Left Behind. But I also surrounded myself with excellent people who had worked in schools and who could buy into my vision," she says. "And I thought, OK, we can pass these laws, but what are you going to do to prepare quality teachers or give principals and superintendents leadership training? If you want to transform schools, you have to support them and give them training to do their job."

With an additional focus on teacher quality and principal leadership training—recalling her background in quality early childhood education—Tenenbaum's administration saw South Carolina lead the nation in education improvement. During her eight-year term, the state's average SAT scores rose 34 points—the largest gain in the nation—and in 2007, near the end of her term, five independent national studies established that the state's academic standards under No Child Left Behind were among the most challenging in the country.

"Inez did come in at a unique time because the legislature did pass a new accountability system that was very transparent. It was the first time schools had to report how they were performing," says Spearman. "Inez was very good at going in and talking with communities—she was open, but she was very tough, too. She did what was good for the students, and sometimes it pitted her against people who had supported her in her elections. But she was very tough and very passionate."

Tenenbaum hadn't considered running for office beyond the superintendent post, but during her second term she was tapped to run against Sen. Jim DeMint to replace the retiring Sen. Fritz Hollings. Even though the strong turnout for President George W. Bush boosted DeMint to the Senate seat, Tenenbaum did make a connection on the campaign trail that would prove successful later on—her introduction to a young senator from Illinois who appeared to be a rising star in the Democratic Party.

"I met Barack Obama. He was running for U.S. Senate, and he came to Columbia to campaign for me," says Tenenbaum. "They said, 'This man's got a rocket on his back.' He was so polite, such a likable, polite, reserved person."

She recalled hosting a town hall meeting during Obama's visit to South Carolina at a venue that could hold 1,500 people. But at least 1,700 showed up for the event. "The fire marshal turned the rest away, and I knew then, this is magic."

The meeting sparked a friendship that continued during his run for the presidency. No longer state superintendent at that time, Tenenbaum hit the campaign trail for Obama and worked with his team to write the education plan for his platform. After the election, Obama tapped Tenenbaum for a new challenge that combined her advocacy for children and her love of policy and the law: Chairman of the U.S. Consumer Product Safety Commission.

Like her time as South Carolina State Superintendent of Education, when she came into the job following a massive overhaul of educational requirements, she started at the U.S. Consumer Product Safety Commission after new legislation had passed that made sweeping changes with a particular focus on the safety of children's products.

"The White House felt confident that I had a passion for children and the knowledge of administrative law to lead the agency," she says. "During my tenure, we created the saferproducts.gov website. We opened the first out-of-country office, in Beijing, to work more closely with the Chinese government and American manufacturers. We held the first North American summit with Canada, the U.S., and Mexico on how we, as a continent, were going to work together at product safety."

During her tenure, Tenenbaum dealt with several high-profile consumer product cases, such as requiring football helmets to be better insulated, addressing complaints about sulfur emissions from Chinese drywall, and stopping unsafe products from coming into the country at ports of entry. Her administration also focused on rules to make children's products safer, such as establishing some of the highest crib safety standards in the world, lowering limits on lead and other toxic chemicals in toys, and limiting the use of certain phthalates in children's products.

Since leaving the post in 2013, Tenenbaum has focused on her law career. After starting her own practice a year ago, she recently joined the Wyche firm located in Columbia and Greenville, South Carolina.

No longer looking at running for public office, Tenenbaum says she enjoys the opportunity to combine her passions for education and children's advocacy in her role as an attorney. Today, her clients rely on her for her educational policy expertise, her consumer product and recall experience, and her common-sense approach to problem solving.

Skills any teacher would be proud to have, whether your classroom is in an elementary school or in a courtroom.

"The work I do is meaningful and interesting," she says. "I can help corporations and also be a passionate advocate for child safety and child education. So it really is working out well."