To be successful in the military, says Brig. Gen. Maureen LeBoeuf, you need to learn to be a leader. Which is why LeBoeuf has thrived in an Army career that has spanned decades. 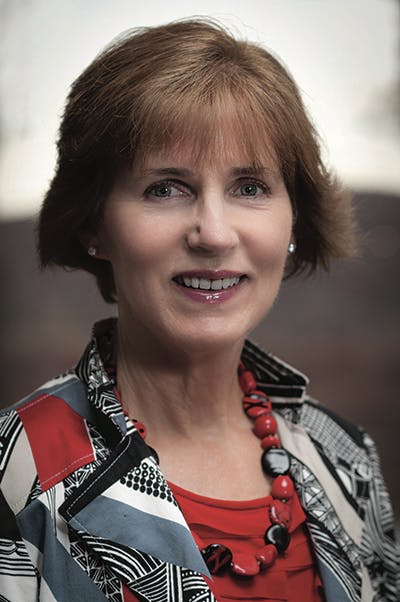 "As senior advisors, we sit though each session with the participants," says LeBoeuf, who received both graduate degrees in curriculum and instruction from the College of Education. "That way, we hear what they are hearing as well as their questions and comments and are able to connect the dots between the sessions."

Last fall, LeBoeuf delivered the Distinguished Alumni Lecture for the Department of Kinesiology's Research Day. Her keynote, "Moments that Matter," encapsulates the moment her life changed forever: After swim practice as an undergraduate, she picked up several brochures for a U.S. Army program for female officers. At this time, women were not allowed to attend military academies or the Reserve Officer Training Corps program. The next day, she made a phone call, marking the beginning of a long and dedicated career in the U.S. military.

"It's interesting to see how a small thing like just picking up a pamphlet can change your life," she says. "Serving in the army is probably one of the greatest honors."

LeBoeuf made history when she became the first woman to head a department at West Point—more than 20 years after the first group of female cadets was admitted. As head of the Department of Physical Education, LeBoeuf carried the unique title "Master of the Sword." She guided a redesign of a robust physical education program for students and provided a positive leadership climate for faculty and staff. During her tenure (1997 to 2004), she also monitored the $102 million renovation of the building that housed the department.

Upon her retirement, she advanced to the rank of brigadier general and for three years served as the executive director of the Feagin Leadership Program at Duke Sports Medicine. LeBoeuf says she never gave the fact that she was a woman in a male-dominated environment a lot of thought.

"When you can lead the sons and daughters of America, it's really a great honor," says LeBoeuf. "I had the opportunity to do many different things. I led American soldiers, flew helicopters in Germany, was the Master of the Sword, am a wife, and most importantly, a mother."