Typical computer lessons in Tanzanian schools tend to focus on memorization rather than practical use. So when students there were recently challenged to build and program robots, using lessons designed by University of Georgia researchers, the task was both overwhelming and exhilarating. 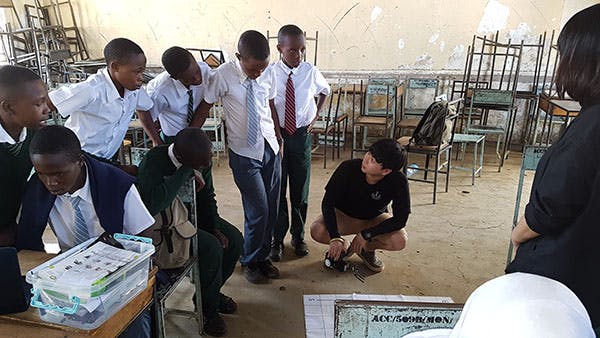 The robotics lessons came to Tanzania through a global partnership that connects researchers in the education research lab, the Advancement of Innovative Learning (RAIL) at the UGA College of Education, with faculty and students at Handong University in South Korea and professionals with the socially conscious company E3Empower.

"It makes a difference when students can make something, bringing what is in their mind to reality, and it worked out great with the way the curriculum was designed," said David Kim, CEO of E3Empower. Along with public works projects, E3Empower helps teach creative problem solving through STEM education. "Long-term, we want to provide this more in public schools, and we will train our staff to teach it so we can run it as a regular program."

The robotics lessons have been used in several Georgia schools but this was the first time African students saw them. "It's amazing to see how the curriculum that I helped develop is making a difference across the world," said Jennifer McGregor, a graduate assistant who played an integral role in developing the curriculum. 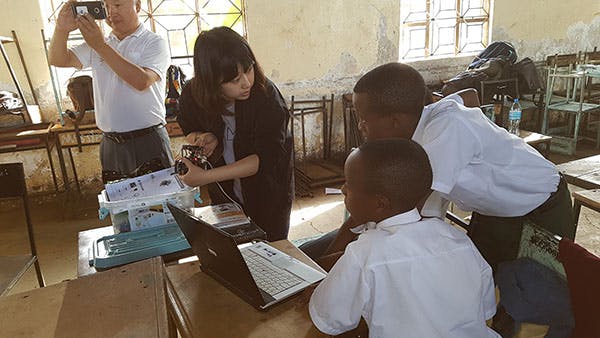 Yena Shin, one of seven Handong students to win the contest and teach the curriculum in Africa, said the students were excited to build and program the robots—even though they had never been exposed to robotics before. The university students had five days to teach the children, starting with icebreaker games and working up to assembling and programming the robots.

Handong students created a lesson inspired by a drinking water project—something the children could easily identify with. The Tanzanian students used mathematics to program the robots to move over a grid of coordinates. The week culminated in a robotics competition.

The overall experience was inspiring, Shin added. "The students looked very happy when they were with the robots and playing the games. They looked motivated."

UGA College of Education professor Ikseon Choi helped connect the robotics curriculum to E3Empower and Handong University, and he hosted an intensive workshop for them a month before their trip in Tanzania.

Fellow College of Education professor Roger B. Hill noted it was important that the project brought the robots into the classroom, rather than making the challenges part of an after-school activity. This is important no matter where the robotics lessons are used, but especially so in a place such as Tanzania, where the lessons allowed both girls and boys to experience the technology equally.

"One of the concerns from the engineering community is that it's predominantly men, and as long as we keep robotics as an after-school club, it will continue to be the boys who get the experience, not the girls," said Hill. "When we bring it into the classroom, we have the chance for some equal opportunity. Because we need women and men designing the technology that affects us."