College of Education faculty member Jack Razor, who was instrumental in the construction of the Ramsey Student Center for Physical Activities at the University of Georgia, has died. He was 80. 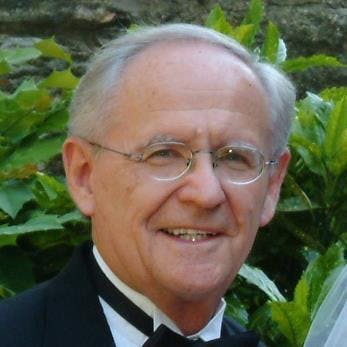 With a career of more than 40 years in education, Razor joined the University of Georgia faculty in 1986 to serve as director of the School of Health and Human Performance. Comprising five departments, the school later became the department of kinesiology in the College of Education and the department of dance in the Franklin College of Arts and Sciences.

A defining moment in Razor's career was overseeing the completion of a multimillion-dollar academic, research and physical activity facility, which became the Ramsey Student Center. In 1997, Sports Illustrated named it the best student recreational facility in the country, and the building continues to be used as a training ground for future athletic trainers, physical education teachers and sport specialists.

"There is no doubt that the Ramsey Student Center would not be standing today if not for Jack," said Paul Schempp, a professor in the College of Education's department of kinesiology. "He spent so much time on the construction site that he had a hard hat with his name on it. Jack was a great leader—smart, fair and visionary."

Before joining the College of Education, Razor served as director of graduate programs in the department of physical education at the University of Illinois and was later appointed dean of the College of Applied Science and Technology at Illinois State University. In 1982, he was named executive vice president of the American Alliance for Health, Physical Education, Recreation and Dance in Reston, Virginia, where he was responsible for the development of the nation's educators in a range of fields, including education, health and sports.

In 2002, after 15 years with the College of Education, Razor retired and was named professor emeritus by the University System Board of Regents.

Razor had dementia during the last decade of his life before passing away on May 20. He was preceded in death by his parents, Emma Faye and Orville Razor. He is survived by his wife of 49 years, Phyllis Razor; his children Brant and Jill (Bryan); and three grandchildren, Avery, Taylor and Jackson Wells.

A memorial service and celebration of his life will take place at 2 p.m. Saturday, June 23, at First Presbyterian Church in Athens.