The assignment was fairly straightforward: Give a presentation to Israeli English teachers.

For language educator Melisa Cahnmann-Taylor, a professor in the University of Georgia College of Education, the July event was last in a series of speeches and presentations that inspired teachers to infuse the arts into their classroom exercises. Speaking to educators who taught English as part of a national diplomacy program for K-12 students, the tone of the audience changed just before Cahnmann-Taylor took to the stage, when they learned funding for their program would be cut.

"I'm like, 'How am I going to teach poetry to this group? They're mad,'" said Cahnmann-Taylor, who had planned a lighthearted program to cap her weeklong visit. "I was like, 'I don't think I can go on,' and the U.S. Embassy representative who was hosting the event said, 'No, change whatever you were going to do. You have to go on.'"

So Cahnmann-Taylor takes the stage and introduces the crowd to a theater-based, language-learning game called "Do You Know Your Neighbor?" In it, participants pair off and one person asks, "Do you like your neighbor?" Others must answer yes or no, and then add a phrase with a qualifier: "Yes but I don't like people with glasses" or "Yes but I don't like people wearing sandals."

The purpose of the game is to teach a new language using high-frequency words and phrases, said Cahnmann-Taylor, but it was also a way to change the tension in the room into positive momentum.

"It seems silly, but it's a wonderful way to teach descriptive language. It's a highly motivating way to generate an authentic list of vocabulary rather than memorizing a list of words," she said. The game also took on a deeper meaning among educators who were teaching diplomacy to Arab and Israeli children, and could benefit from creative ways to infuse language learning into their curriculum. 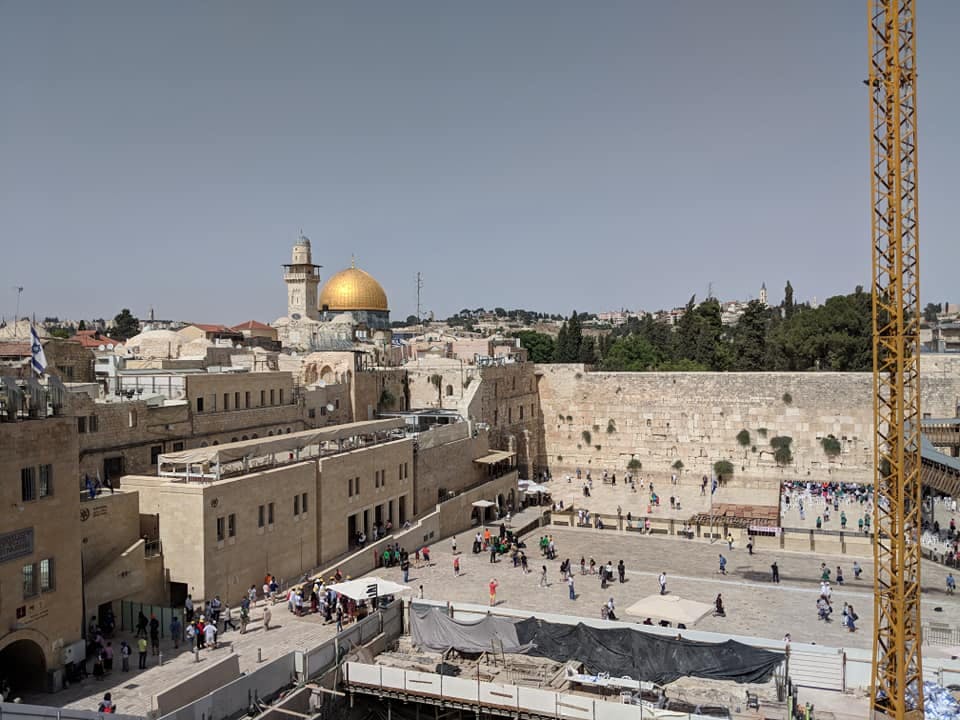 That stressful—yet, ultimately, meaningful—presentation was part of a trip sponsored by the English Teachers Association in Israel, U.S. embassies in Israel and Jordan, and the Jerusalem Center. Talks touched on using creativity and comedy in the foreign language classroom and workshops in using drama and poetry. While at times technology and language barriers forced some last-minute changes, Cahnmann-Taylor said overall the trip was eye-opening for many, who hadn't fully considered the role that the arts plays in foreign language education.

In Israel, many residents, including children, are bilingual. But that could be a combination of Hebrew, Arabic, English, or another language, depending on their household. More recently, there is a push for all students to graduate from high school proficient in English, said Cahnmann-Taylor.

But often, she stressed to audiences, teachers don't encourage creativity among language learners until they have reached a high level of proficiency. By infusing lessons with the arts early on, not only can students become more comfortable with a new language more quickly, but they can also develop a deeper bond with its words and their meanings.

"If we say you can't express yourself creatively until you've achieved master-level proficiency, we risk losing their voice," she said. "We often silence bilingual learners until they have achieved a high level of proficiency, while the arts feels it's about understanding what the bilingual experience is—and that's what drives proficiency."

As an advocate for a relatively new method called Teaching Proficiency Through Reading and Storytelling, Cahnmann-Taylor said she enjoys a process that encourages students to be creative as they gain a deeper meaning from the language. By co-creating stories, dramatic pieces, poetry and more, lessons are memorable and enjoyable, and they push the language learner to a new level of proficiency without rote memorization.

This idea is still new in Israel; many educators learned about it for the first time from Cahnmann-Taylor. Throughout her presentations, this alternative approach to teaching a new language was something she stressed.

"We're creating the language artists of the future," she said. "As a poet, I see poetry that is compelling and rocking the United States right now—work that is coming from young artists that can tap into more than one culture or race or identity. It's about navigating that through language and arts—language is always present."