When you join the military, boot camp is a rite of passage.

Unfortunately, the experience—and its large groups, pushed-to-the-limit exercises and the equipment it involves—also lends itself to injuries such as concussions. It's an issue the military it trying to address, and Michelle Weber, a doctoral student in the University of Georgia College of Education, is helping with that task.

Weber, a doctoral candidate in the department of kinesiology, recently returned from a six-week internship with the U.S. Air Force Academy in Colorado where she gathered data from cadets about their perceptions of concussions. While concussions are less common among the larger Air Force population, the Air Force Academy sees about 350 of these types of injuries each year—and it's the cadets who bear the brunt of them, often during boot camp. 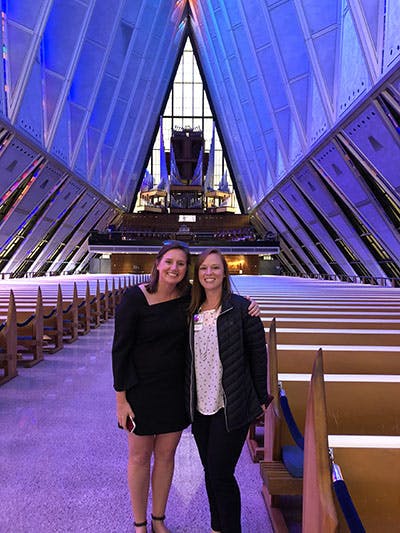 This is where Weber's dissertation research came into play.

"We interviewed 34 cadets about their perceptions and concussion reporting," said Weber, noting that the results so far are preliminary but are starting to paint a larger picture. "They have knowledge about what a concussion is, and if they experience signs and symptoms of one, they are more likely to seek help from another cadet."

Except another cadet cannot provide the medical advice that a medical provider could. So the cadets' perceptions of concussions play a large role into what happens next.

If they seek treatment, they may miss some of their training—but it also helps their brain heal for better performance in the future. Weber hopes her research can help break down some of these barriers.

"There is a stigma about concussions; some people think other cadets are trying to fake symptoms to get out of military training," said Weber. "Also, people think having a concussion could disqualify you from being a pilot." But the reality is, experienced aviators would rather know an airman had received proper treatment for a concussion rather than let it go unreported. 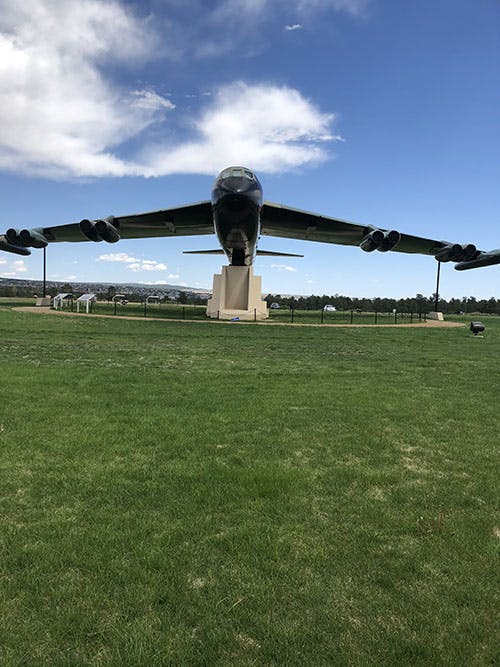 Concussion research at the College of Education has had a relationship with the Air Force and other branches of the military for several years. The department of kinesiology's Concussion Research Lab is part of a nationwide consortium of universities reporting concussion data to the U.S. Department of Defense. Also, the Air Force Academy is a partner on another grant project, funded by the NCAA, which looks at perceptions athletes have about concussions and reporting them.

Weber's most recent work strengthens that connection, which is important because the effects of head injuries extend far beyond the athletic field.

"We're learning how powerful teammates can be, as well as fellow cadets," added Weber. "It was a great experience; I learned a lot."