More African-American families, particularly in the South, are home schooling their children because of the lack of black history in public school curricula, as well as the disproportionate disciplining of black students. 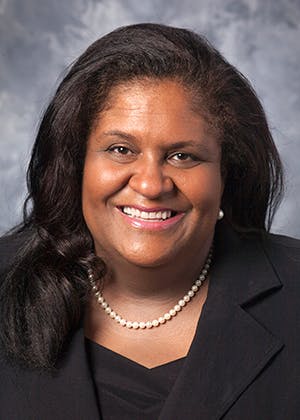 "If you look at what happens in public schools in terms of the curriculum, you could end up thinking that African-American history begins with slavery and ended with Martin Luther King, Jr., and that's just not the case," said UGA associate professor Cheryl Fields-Smith in a short film created by NBC.

According to the National Home Education Research Institute, an estimated 220,000 African-American children are home schooled in the U.S., with black home-schooled students outperforming black public-school students by up to 42 percentile points on standardized tests.

In addition to a limited focus on black history, African-American parents say the disproportionate disciplining of black students in some communities is another driver of home schooling. According to the University of Pennsylvania, 67% of public-school students who are suspended in Georgia are black, while black students make up only 37% of the public-school population.

"The numbers are higher in the South," said Fields-Smith, who works in the College of Education's department of educational theory and practice. "A lot of the institutional policies, such as zero-tolerance policies, and the way we handle discipline contribute to a child feeling like a trouble-maker. I have come to think of this increase of home schooling among African-American families as a form of resistance."

To mitigate these issues, some parents send their children to private home-schooling groups like Achieve Academy in Warner Robins, Georgia, where students have individualized learning plans that incorporate Georgia Standards and are taught social skills, manners, communication, public speaking and techniques to solve their disputes.

"We're no longer looking to the public school for uplift for the culture," said Fields-Smith. "But the lesser known history is that we've always been self-taught, and it was our self-agency and our self-determination that got us to the point where we're seeking education as a way of freedom."

Fields-Smith's research on family engagement and homeschooling among black families has also been featured in the Atlantic and PBS NewsHour.