College of Education faculty member John Dagley, whose career at the University of Georgia spanned more than 30 years, has died. He was 76. 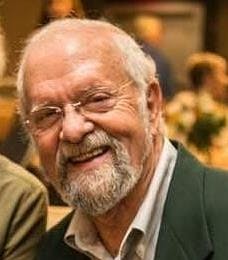 After receiving his doctoral degree from the University of Missouri in 1972, Dagley joined the College of Education's faculty and served the department of counseling and human development services in numerous capacities, including as department head and graduate coordinator.

Dagley was instrumental in the development of the department's nationally recognized counseling psychology and school psychology programs and was a coordinator for several other programs, including the community counseling program and the marriage and family certificate program.

"Dr. Dagley was a skilled teacher and advisor to hundreds of students and always provided guidance and mentoring to new faculty as they joined the department and created their own professional development plans," said Diane Cooper, a professor in the department of counseling and human development services. "He always felt a responsibility to provide top quality teaching and supervision to our master's and doctoral students and would often teach an overload to ensure that instructional needs were met."

As a researcher, Dagley achieved international and national prominence in a number of areas, including counseling, supervision, group work in counseling, career counseling, school counseling and student affairs.

In 2003, Dagley spent the next decade of his career as director of the counseling psychology program at Auburn University where he continued to mentor students and administer clinical training. In 2006, he moved to the University of South Alabama where he retired after three years.

Committed to serving the community and country, Dagley volunteered as a Boy Scout troop leader and helped the American Red Cross when families were impacted by Hurricanes Katrina and Rita. Additionally, he served as a member of the U.S. Coast Guard for four years.

Dagley is survived by his wife of 50 years, Peggy; his sons, Ryan and Ross; his daughter, Reghan; his two brothers, Dale and Duane; and three grandchildren. He also leaves behind numerous in-laws, cousins, nieces, nephews, grandnieces and grandnephews.

A memorial service will be held at 2 p.m. on Thursday, Nov. 1, at Athens First United Methodist Church.