Tong Li, a fourth-year doctoral student in the department of career and information studies, won first place in the graduate category of the University of Georgia's 2018 Capturing Science Contest.

Sponsored by the UGA Libraries and Office of Research, the contest awards the top three undergraduate and graduate students who can best explain a STEM (science, technology, engineering and mathematics) concept to a broader audience. 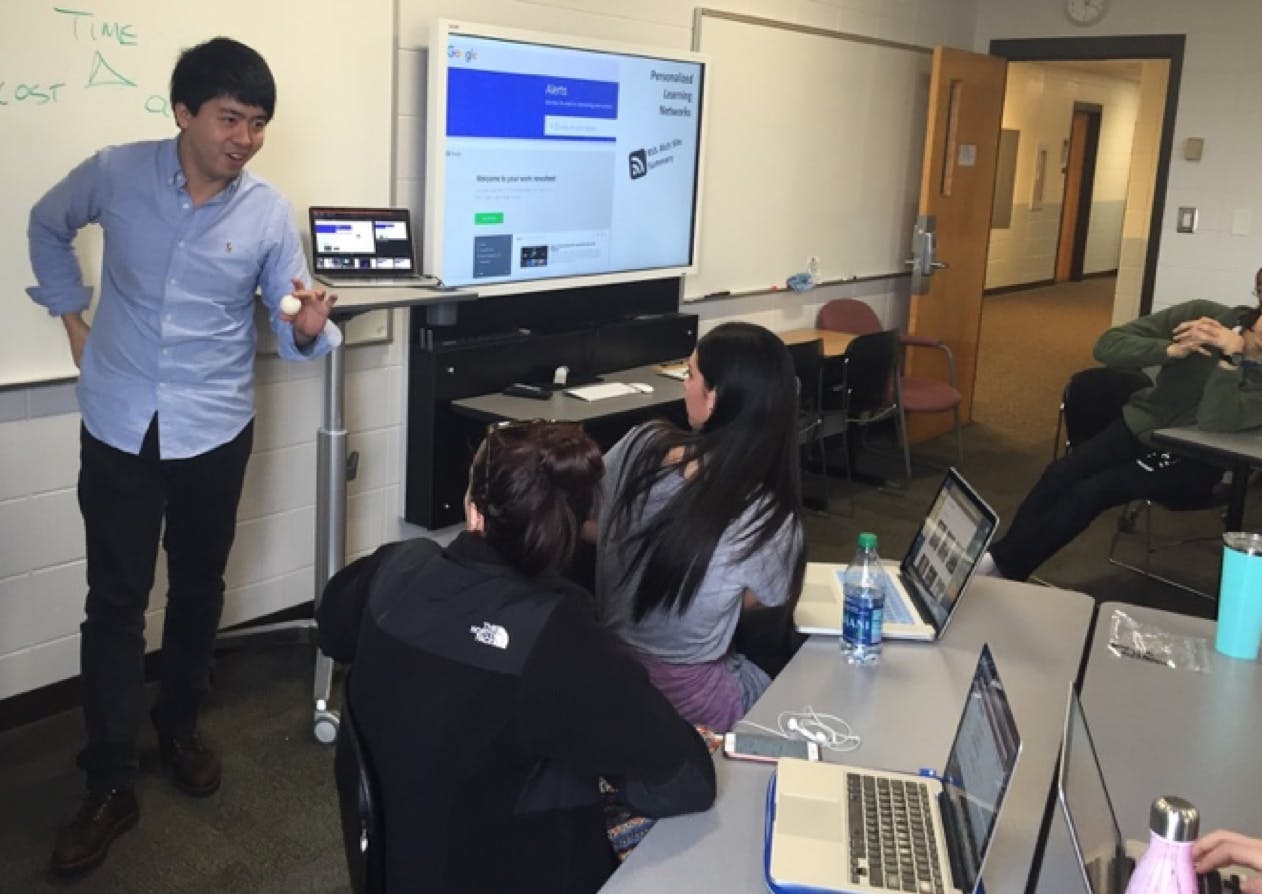 In his video submission, Li, who received $500 from winning the competition, uses magic and illusion to explain quantum concepts like entanglement and teleportation.

"Quantum entanglement is a relationship between two particles," Li said in his submission. "If we say that two particles are entangled, what that means is that any changes to one particle will influence another paired particle. Something like this…" Li moves a foam ball back and forth on a table while a second ball follows without the help of his hand—a visual demonstration of entanglement.

This hand trick, along with a series of other illusions, such as making a coin vanish and reappear, are tools that Li uses to not only capture the curiosity and imagination of K-12 students, but also to expose them to new scientific concepts and processes.

"As a magician who has been performing magic for five years, I enjoy bringing happiness and excitement to others," said Li, who will graduate in 2020 with a degree in learning, design and technology. "I regard magic not only as an effective tool for entertaining, but also as a method to stimulate the curiosity and imagination of others. This aspect of magic also inspires me to think of ways of taking advantage of magic and integrating it into class."

Li still remembers how excited a group of elementary school students were during his magic performance on anti-gravity. As he lifted a table up with minimal effort, all the students giggled and exclaimed together, "Wow!"

"I was amazed by how motivated the students were to explore the reason behind the trick and learn how to defy gravity," he said. "This experience inspired me to use magic to bring abstract scientific concepts to students."

In addition to researching how magic can be used as a tool to inspire creativity and design thinking, Li teaches both undergraduate and graduate students in the College of Education. As a graduate assistant, he teaches a range of topics, including innovation and technology in the workplace, design-based research methodology and how to mentor K-12 students with technology.