The U.S. population is becoming more diverse than ever. But racial diversity in teachers and principals has not kept up at the same pace.

Of 3.2 million full-time teachers in the country, more than 80% are white. The pattern in racial and ethnic diversity among principals is similar to that of teachers, with more than 77% being white. Meanwhile, the number of non-white students including black, Hispanic, Asian, and Native American makes up more than half of the public-school population, and is expected to continue an upward trend.

Students at the University of Georgia’s Mary Frances Early College of Education dedicate research and thought into educating and interacting with diverse populations of students, faculty, and staff within the public-school system. 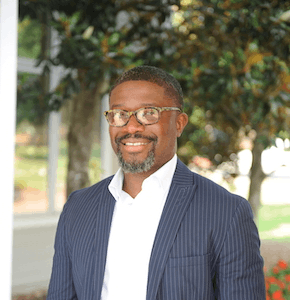 Bobby Gueh, a counselor at Lanier High School and Ph.D. candidate in the College’s department of counseling and human development services, would like to see better representations of color among school staff, as well as faculty. His research focuses on the black male school counselor experience, and the need to recruit more black males into the profession.

“When I look at the counseling landscape, it’s not very diverse,” Gueh said. “But we still have a diverse landscape of students. We talk about multiculturalism, social justice, and equity, and yes, we can teach someone about these things, but it’s more impactful if you have someone who is from that shared experience to work with someone from that culture.”

Gueh, who was born in Liberia, West Africa, has been a school counselor for 17 years in the New Jersey School System and then the Gwinnett County School System. He’s worked as a counselor for young men in the prison system of Trenton, New Jersey; a family advocate for the Juvenile Justice Commission of New Jersey; and has run several mentor programs for young men. The Georgia First Generation Foundation, which provides resources such as seminars, workshops, and scholarships to hundreds of first-generation college students in the metro Atlanta area, recently named their leadership award in his honor. 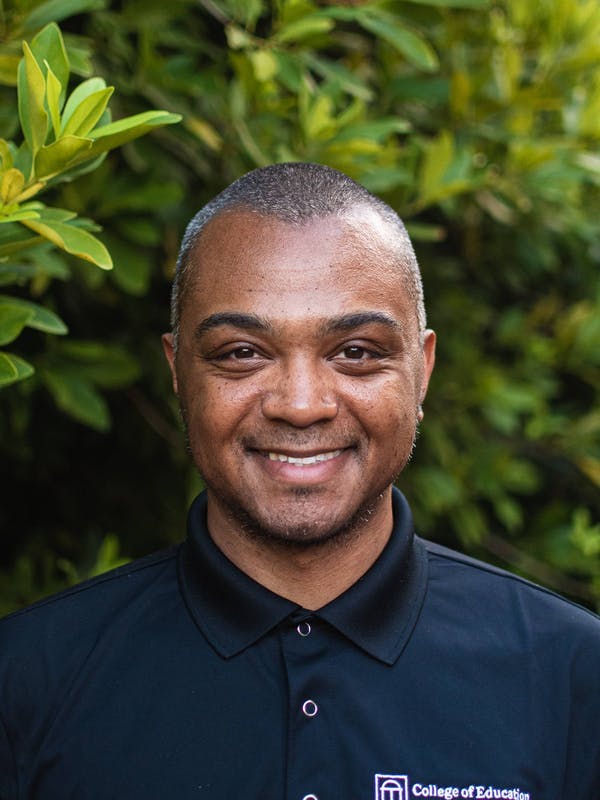 To break down the statistics even more, 2% of public school teachers in the U.S. are black men. Marques Dexter, a Ph.D. candidate in the department of kinesiology’s sports management and policy program, focuses his research on broadening the narrative of what black male achievement is, specifically for student athletes. He says reforming public education isn’t as much about representation, so much as it is about compassion and understanding of other cultures.

“What they’re going through and how they’re reacting, there was a disconnect between students and educators,” he said. “While having a face that looks like you may mean you’ve had some similar experiences coming up or living environments, I think we’re actually learning that the focus needs to be on how can we better understand where the students are coming from, how they’re acting, and what is it about their culture that impacts how they’re showing up in the classroom and thinking about things. It’s really about getting rid of biases, stigmas, and preconceived conceptions about how students should act.”

Dexter is the program coordinator of the Office of Institutional Diversity, where he also has an assistantship. Additionally, he is a COE student ambassador, a member of the Black Male Leadership Society student organization, serves as an advisor to Georgia African American Male Experience ambassadors, and is a four-year member of the COE’s Office of Diversity, Equity, and Inclusion conference planning committee. He received the 2020 President’s Fulfilling the Dream Award earlier this year. 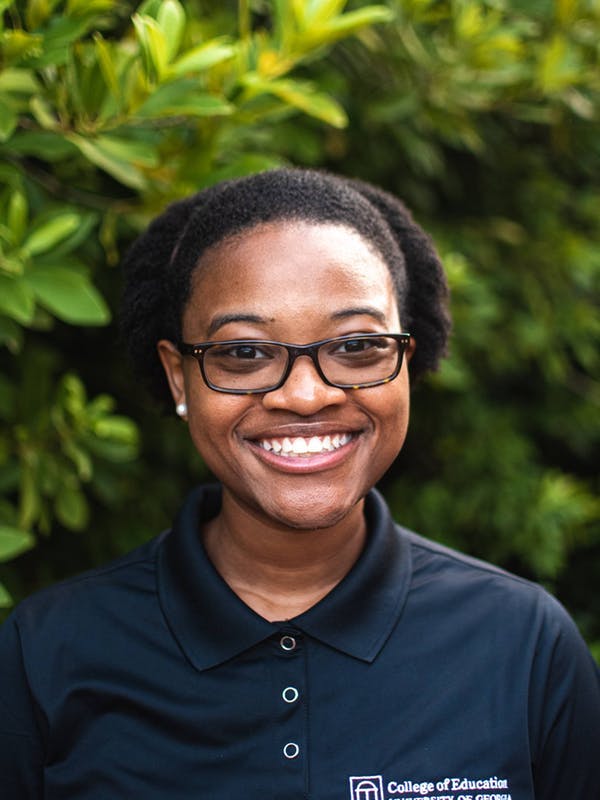 Adrianna Grant, a special education major in the department of communication sciences and special education, says representation is important to have among educators and schools should provide books to showcase multiple and different ethnicity groups. After graduation, she intends to teach elementary school students.

“If there isn’t representation in the area, books should be provided that showcase our differences,” Grant said. “Having a library of books featuring Asian-Americans, Latin Americans, African Americans, children with disabilities, and braille shows the child that they can be somebody—and they are somebody.”

“I’m from Alpharetta,” she said. “There, I was used to being the minority in my class. Now, student teaching in Clarke County, the majority of students are of color. Students are glued to me and want to know about me—they want to see an example of an educated person of color.”

Meanwhile, the student population is changing too. The share of students from low-income families is on the rise, as are students—including children born in the U.S.—who are learning English. 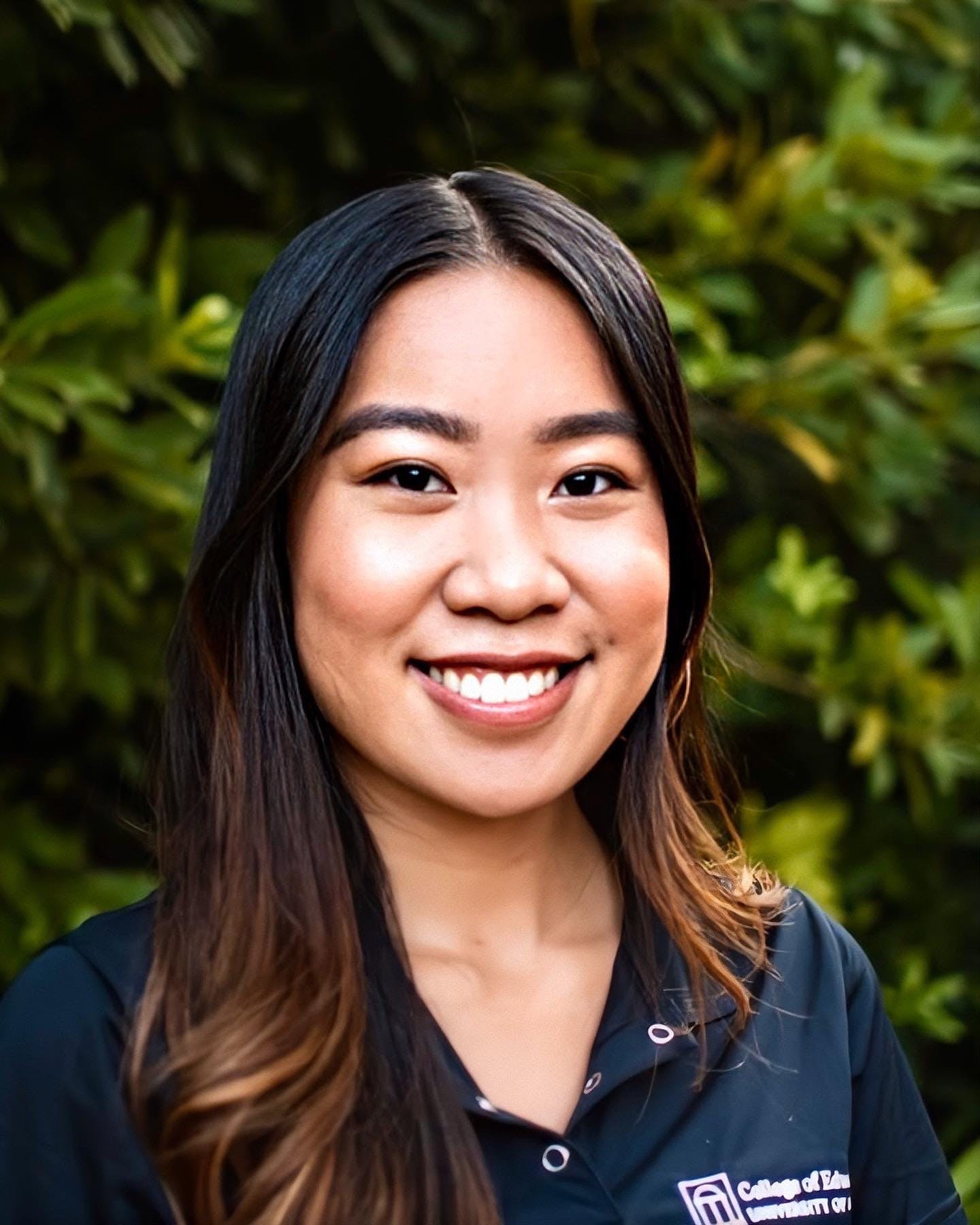 Teresa Tran is a third-year English, English education, and women’s studies triple major. She is the co-chair of the Diversity, Equity, and Inclusion committee as part of the Mary Frances Early College of Education student ambassador program and the skit writer and director of UGA’s Vietnamese Student Association’s annual cultural charity show Night in Saigon 15 and 16. She hopes to explore different ways to utilize her degree, for example, she wants to teach at a performing arts theatre. She says having different ethnicities represented in the public-school system is very important.

“I never had an Asian-American teacher until I got to college, and she taught Vietnamese, a course that necessitated a professor of Vietnamese background,” Tran said. “It would have done wonders for my self-confidence and feelings of being safe if I had had an Asian American or any other person of color as an educator teaching subjects such as math, language arts, or social studies during K-12. It’s also profoundly important for all students to see diverse representation in general because they will see and expect a more accurate reflection of the world we live in.”

Tran says her knowledge, particularly in women’s studies, will help navigate her future as an educator to create a more welcoming environment for students.

“My women’s studies degree, in particular, will help me be more inclusive of different student experiences and home literacies, and be more aware of how different genders, sexualities, races, and class backgrounds intersect to create inequalities in the classroom,” she said. “I want to create a safe space, implement gender-neutral language, and emphasize the idea that there shouldn’t be a default for how students should be.