Through exercise, a doctoral candidate with autism thrives

Benjamin Boudreaux, a Ph.D. candidate in the Mary Frances Early College of Education’s department of kinesiology, shared his journey of living with autism and how exercise plays an important role with Dave Geslak, the founder of Exercise Buddy, on Facebook Live. Exercise Buddy is an autism-friendly exercise system that leads to better fitness and behavior.

In Facebook Live sessions on June 29 and July 6, Boudreaux detailed exercise as a positive force in his academic and social development. He was diagnosed with autism in eighth grade and began exercising independently in 2014. 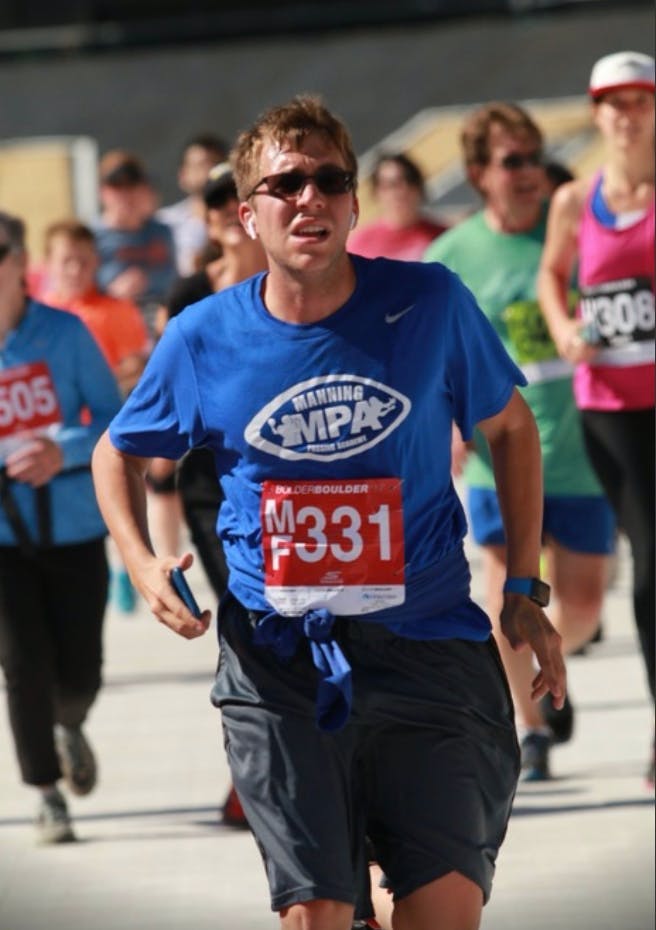 “My drive for daily exercise is knowing that it will reduce my everyday feelings of stress and anxiety to perform multiple tasks, including teaching, grading, reading, writing, communicating and socializing with people,” he said.

Boudreaux starts each day with specific exercises. On an average week, he runs about six miles, swims more than 3,000 yards and does moderate to vigorous intensity workouts, such as the elliptical or indoor cycle. The biggest challenges those with autism face is communication and social skills, both of which are major components of team sports.

“I often wondered how would I fit in when everyone else is normal,” he said. “I have a history of getting picked last in team sports and the gym is the most intimidating place for people with autism.”

The Centers for Disease Control and Prevention estimates that 1 in 54 children in the U.S. has autism. The prevalence is four times higher among males than females. The criteria for diagnosing autism are typically problems with social communication and interactions, and restricted interests or repetitive behaviors.

When Boudreaux first developed his daily exercise habits, he noticed an increase in his social skills, sleep habits and mental health within six weeks. But as an exercise professional on the spectrum, he’s noticed a lack of awareness of autism in academia.

“As an undergraduate, I had people tell me they didn’t know what autism is,” he said. “Do your homework and don’t be afraid to ask questions. My advisor in my master’s program has attention deficit hyperactivity disorder (ADHD) and he is also a professor. He made me believe it was possible for me to get a Ph.D.” 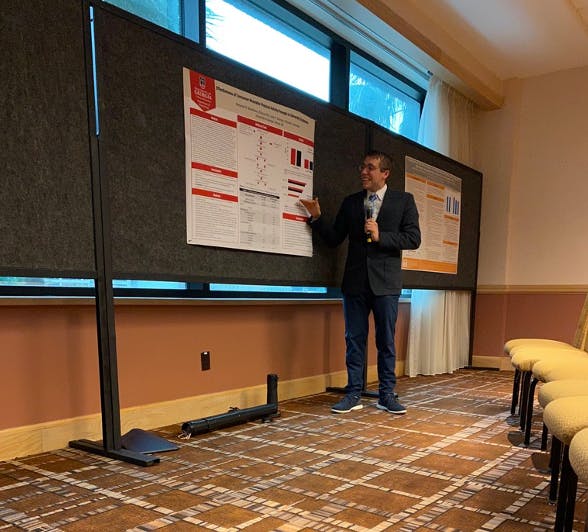 In 2010, Boudreaux’s uncle died at 56 due to a severe heart condition. The men in his family have a history of high blood pressure and sudden cardiac events before age 60, which acted as a catalyst to Boudreaux’s research. “I thought, maybe there is a way I can measure technology and health,” he said.

His research focuses on the association of smartphone screen time and the 24-hour activity cycle, including physical activity, sedentary behavior and sleep in college students. Boudreaux is using an application, RescueTime, which detects the amount of time an individual uses their smartphone, as well as three different research-grade monitors to measure each component of the 24-hour activity cycle in college students across UGA’s campus. The application is available on both Android and iPhone devices.

“The app and research-grade monitors can help us become more aware of how much time a college student uses their smartphone and how it may impact the 24-hour activity cycle and possibly mental health,” he said.

Boudreaux hopes to continue his research after graduation and intends to apply for a post-doctoral fellowship. Long term, he plans to work in a technology company or teach in academia to help bridge the gap between technology and exercise.