What is self and what is other?

What separates our imagination from reality and how can we shift between the two without losing sight of what’s real?

Anna Abraham is on a quest to answer these complex questions with her research on creativity and the human imagination. As the new director of the Torrance Center for Creativity and Talent Development in the UGA Mary Frances Early College of Education, Abraham brings with her nearly two decades of experience assessing and exploring the creative mind. 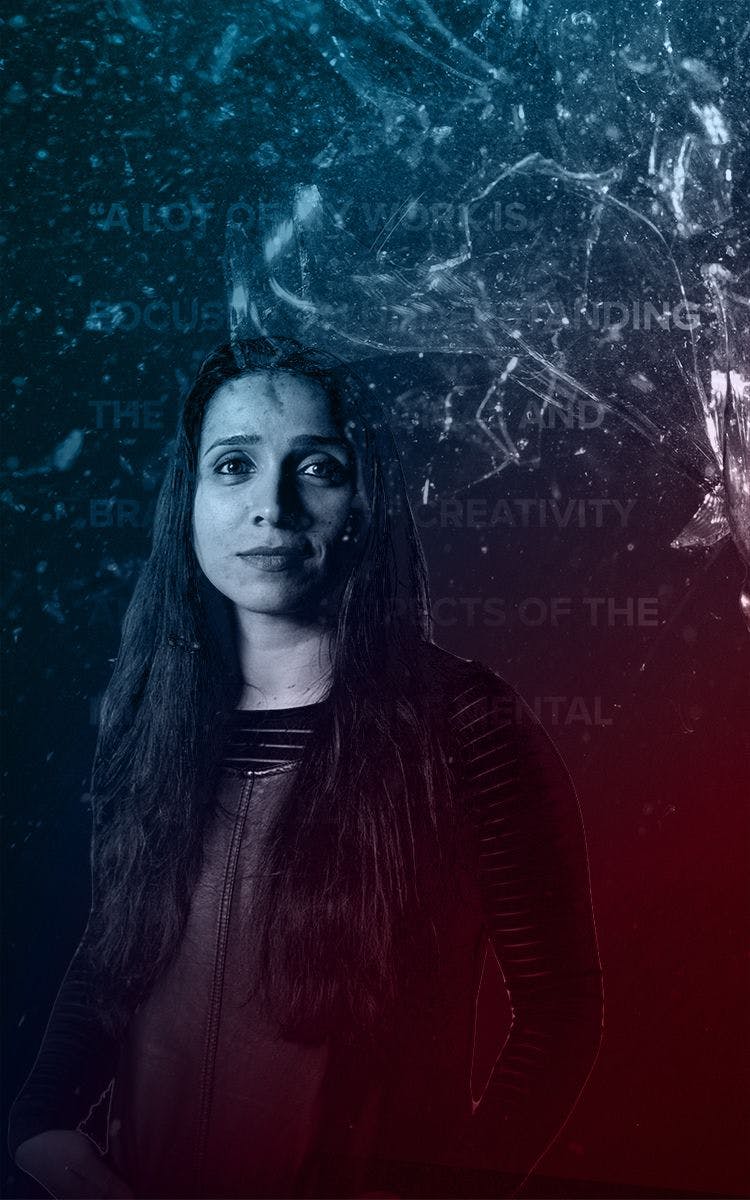 “A lot of my work is focused on understanding the psychological and brain basis of creativity and other aspects of the imagination like mental time travel,” says Abraham, the E. Paul Torrance Professor of Creativity and Gifted Education. “The question of what’s happening, for instance, in your brain when you’re thinking back to your own past compared to when you’re thinking about a possible future for yourself.”

Originally from India, Abraham received her master’s degree in psychology from the University of Essex in the United Kingdom and her doctoral degree in neuroscience from Ruhr University Bochum in Germany.

Since then, she has written one book, edited two books, authored over 40 articles and book chapters, received grants to conduct her research, and taught in three countries: Kuwait, Germany, and the U.K., delivering courses to undergraduate and graduate students with majors ranging from psychology and medicine to business and engineering. Most recently, Abraham served as a psychology professor in Leeds Beckett University’s School of Social Sciences in the U.K., where she was also director of the Centre for Psychological Research.

Abraham finds one strategy particularly useful when teaching psychology to students from a variety of disciplines. To heighten their interest in the subject, she often starts each lesson with a topic that will most likely resonate with that particular student cohort based on their educational backgrounds and degree ambitions. For example, when teaching medical students, Abraham often starts with the placebo effect, an ideal teaching context in which they learn the impact of psychological factors on the healing process.

“The onus is on the teacher to explain why this subject is important to them,” she says. “I think for any subject—whether you’re teaching a future psychologist, teacher, or doctor—a good way to connect with students is to pick a theme that makes them think about the relevance of the subject you’re teaching because people have to understand why what they’re learning is important. They get very excited about what they’re studying if they grasp the relevance and importance of what they’re doing. An interdisciplinary focus allows for the discovery of wonderful cross-connections.”

Abraham’s passion for psychology began in high school and solidified while she was pursuing her undergraduate degree in the subject area at the University of Delhi in India. As a graduate student, her interests broadened beyond psychology into different aspects of the field that were less prevalent in her school’s curricula, such as imagination and creativity.

She is particularly interested in the way our brains distinguish reality from fiction, which she studies using functional magnetic resonance imaging (fMRI) to observe and assess brain activity as participants process a hypothetical scenario involving either a real person or a fictional character.

“When people were making an estimation of whether something is real or not, what we found was that the context didn’t make much of a difference in terms of differentiating brain activity responses,” says Abraham. “What did matter, generally, was that when people process any scenario with a real entity, a different network of regions was activated compared to when they were processing a fictional character. Somewhat counterintuitively, fiction is processed as fact whereas reality is processed in a self-based manner rooted in personal significance.”

“There’s no right or wrong answer to any of our questions about the future, so it’s less about the accuracy of the behavioral response than what guides the evaluative reasoning,” she says. “There are certain regions of the brain, within what is now commonly known as the default mode network, that are known to be activated when you think about your own personal future and your own personal past—contexts that require reconstructing and reimagining events that have transpired; mentally traveling forward or backward in time, so to speak.”

Her study showed that the same network of regions is engaged when people contemplate the world’s future but not when they think about the world’s past. This means that when people are envisioning the future, regardless of whether it’s personal or not, they are engaging with their imagination. A key question to explore then, says Abraham, is whether people’s personal past constrains or limits their capacity to imagine the future and entertain alternate possibilities. 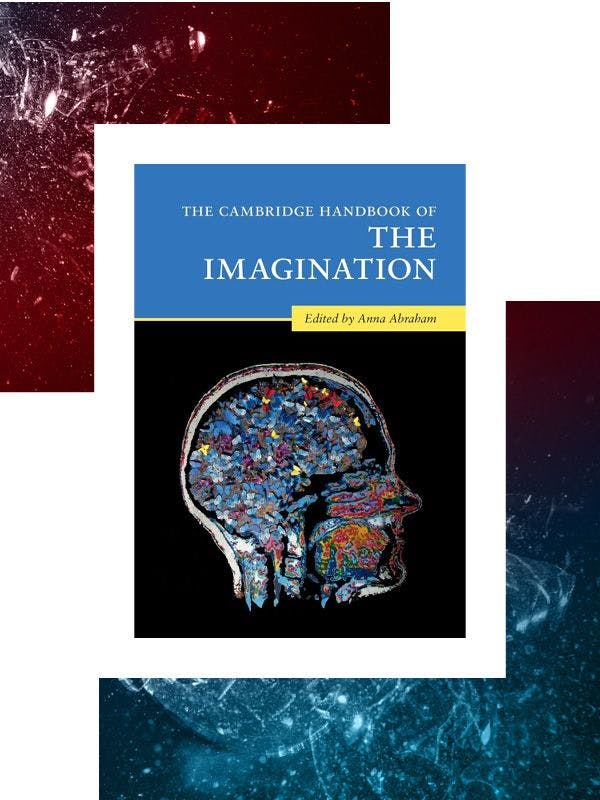 Abraham’s edited book, “The Cambridge Handbook of the Imagination,” was published earlier this year and is the first handbook of its kind to showcase multidisciplinary views on the human imagination. Comprised of 48 chapters, Abraham invited scholars from a range of disciplines, including anthropology, archaeology, medicine, neuroscience, psychology, philosophy, and the arts, to explain how they view the imagination.

“I was always frustrated by the way the word ‘imagination’ was used in the literature because everyone uses it in their own idiosyncratic ways,” says Abraham. “And I thought, I need to showcase how this word and the concepts tied to it are being used in different ways. I wanted to get us all into a common space that enables us to acknowledge and be mindful of differences in our conceptualizations of the imagination and work out ways to develop better and more representative frameworks that truly reflect the phenomenon. I don’t want to dictate what something is. What I definitely want is to understand it. And this handbook project has definitely helped me understand the imagination better.”

In addition to offering teacher training and a variety of educational programs for students, Abraham plans on expanding the Torrance Center’s presence in the Athens community. As the center’s director, she is interested in developing a cultural festival of the imagination where local museums, theaters, restaurants, artists, and academics can come together and discuss any topic or issue that relates to the imagination, creativity, and innovation.

By connecting with people of all ages in the community, Abraham hopes to inform the public on the center’s work and programs, reach out to partners engaged in creativity-based work, and expand her own research.

“If and when such a festival will take place, my vision is that the event will take place regularly and enable people in the community to have a fun and inspiring time,” she says. “Hopefully, we can use the occasion as a strategy for community building and public engagement by reaching out to relevant partners and interested parties. I want to know what the community needs in terms of creativity, as well as talent-oriented outreach, and where we can play a role.”